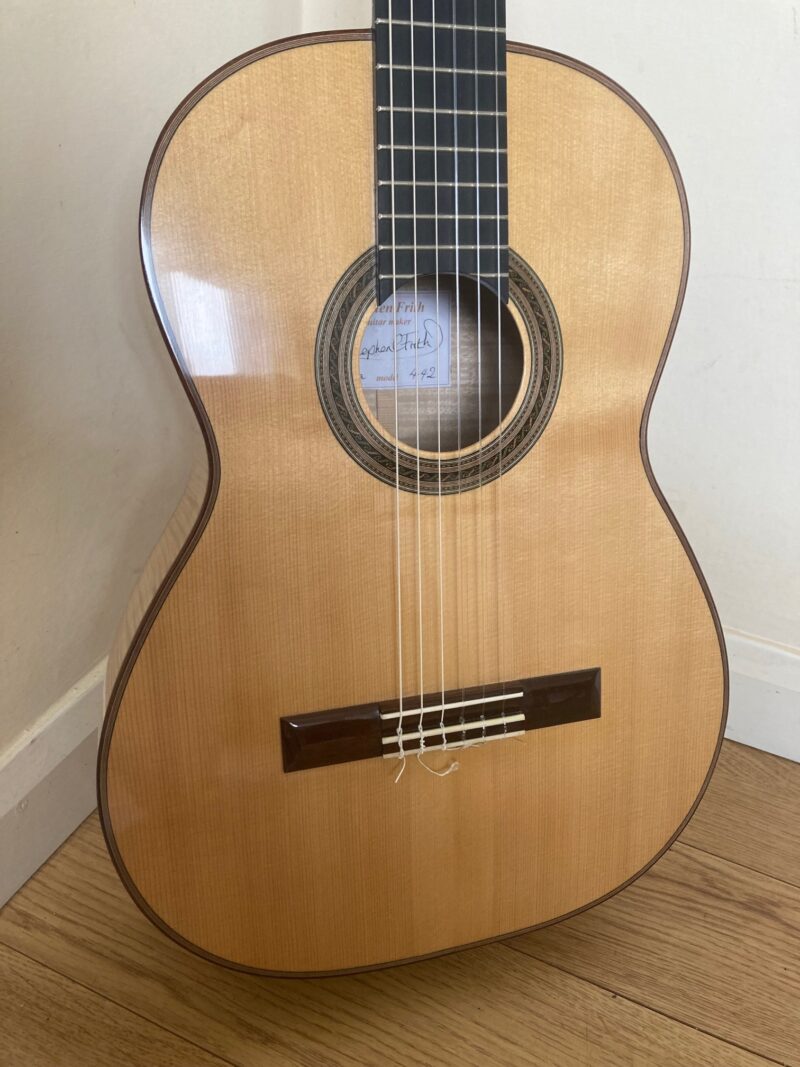 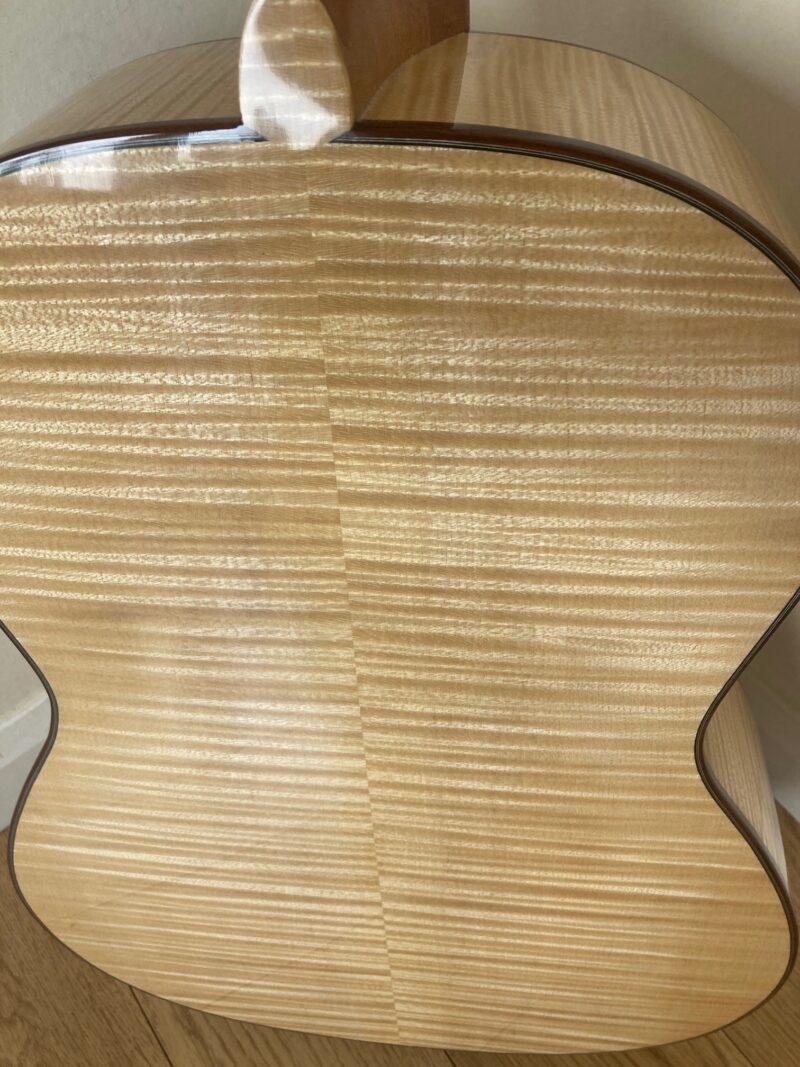 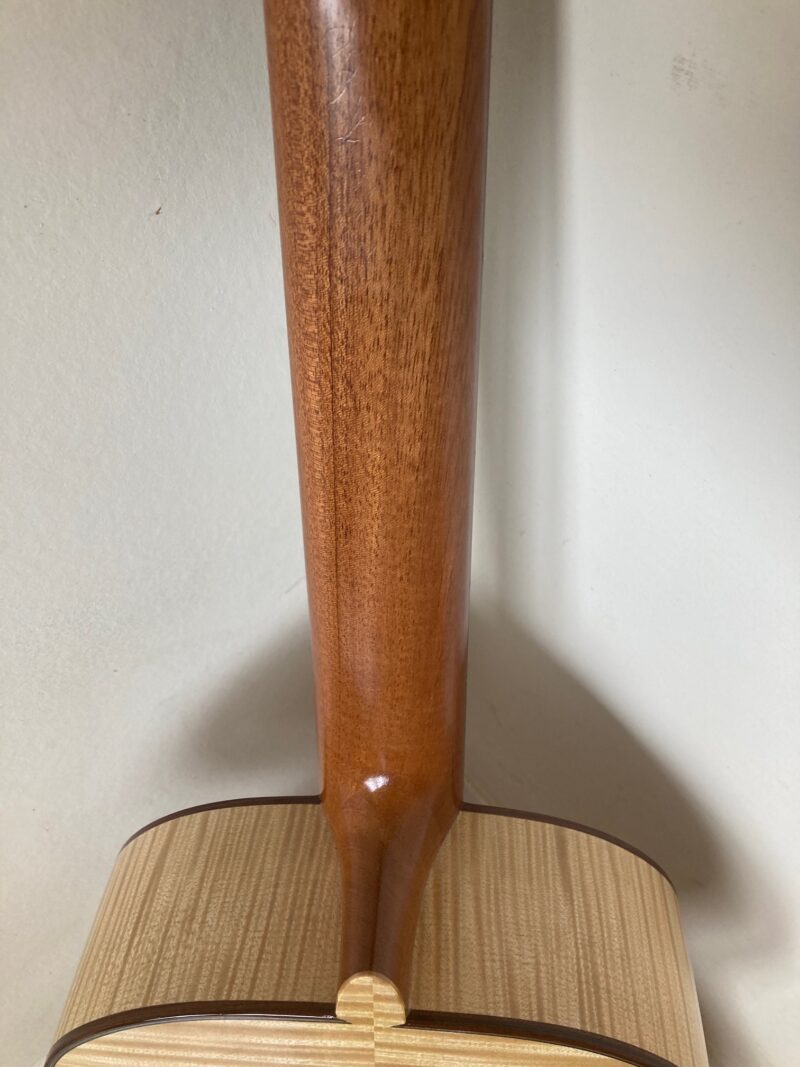 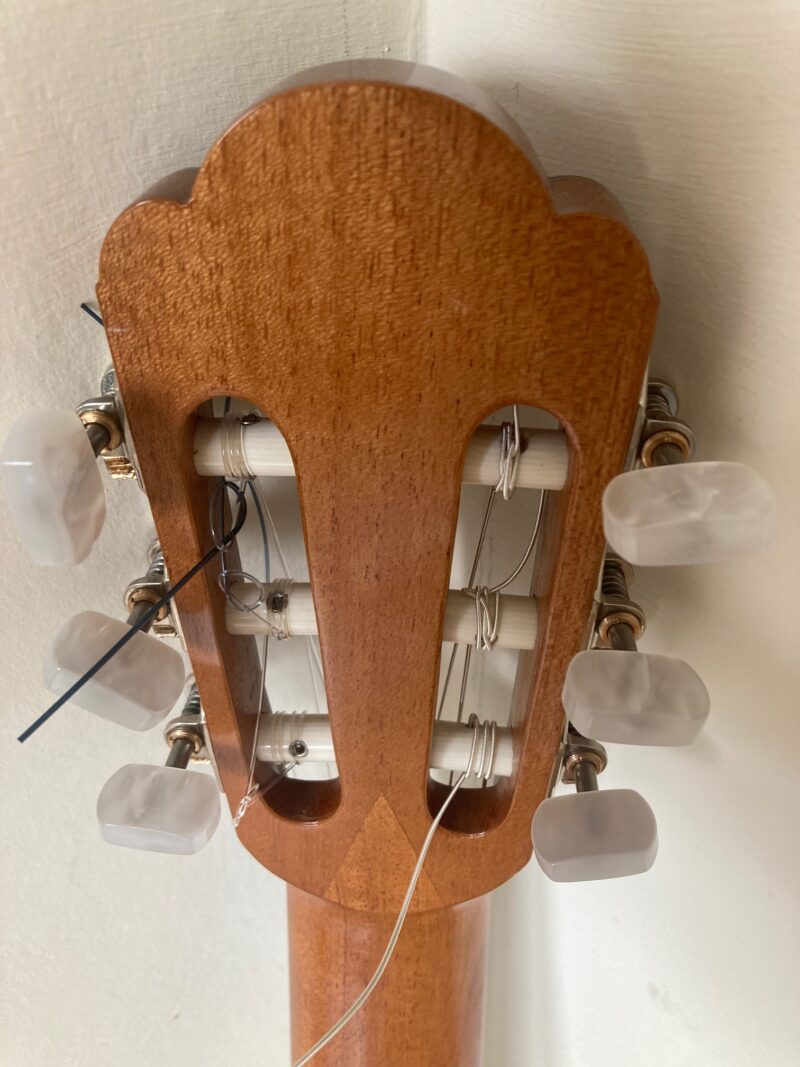 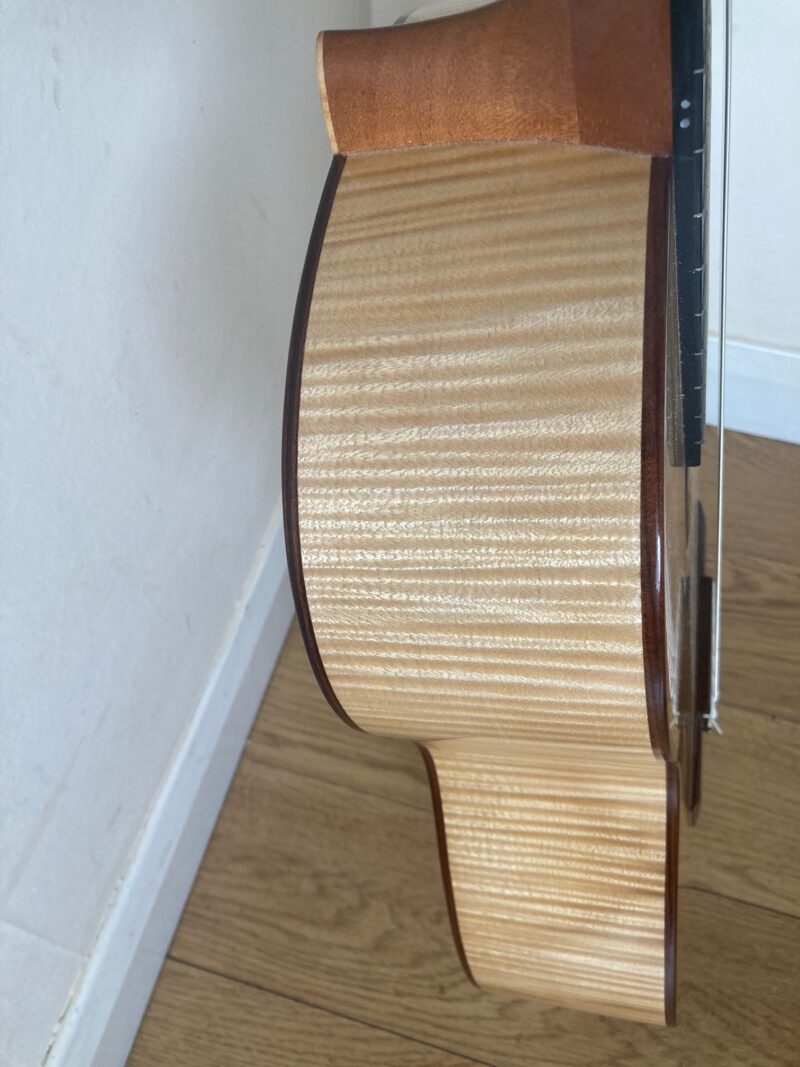 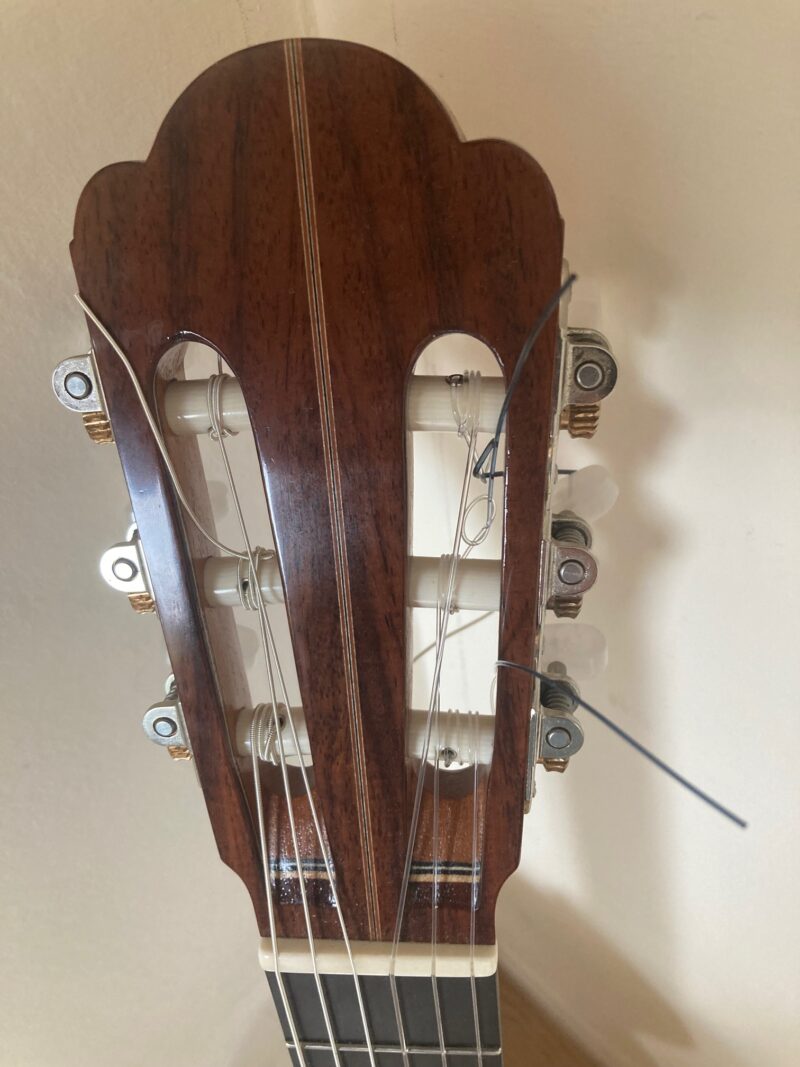 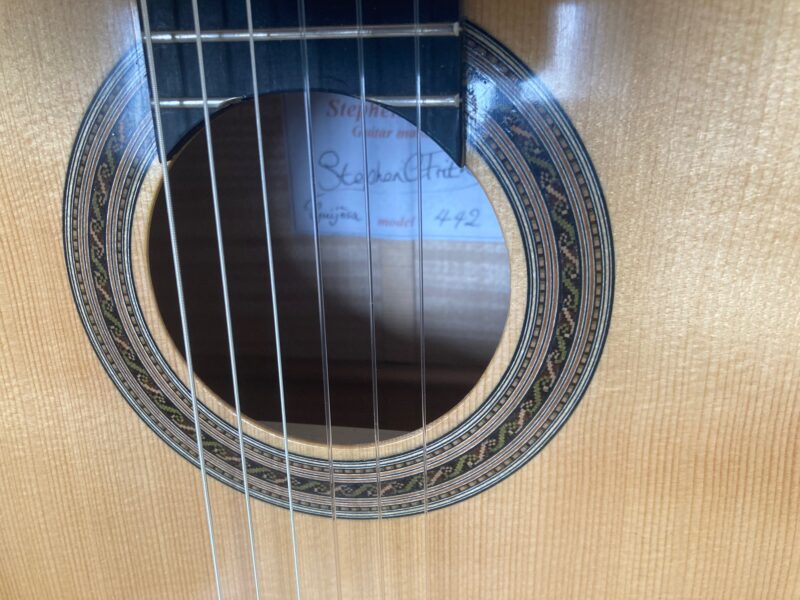 Stephen Frith builds very fine classical guitars, the construction is impeccable, and the tone is excellent. This guitar has been played and has started to open up, but is continuing to develop tonally, and is still in many ways quite fresh, although clearly not as tight as a new guitar. The bass is deep and rasping, and the trebles have a wonderfully sweet lyrical quality, with excellent sustain and production of overtones. It’s a very powerful, responsive and colourful concert guitar. His guitars have been described as “Hauseresque”, although he is not building a Hauser copy. The guitar is traditionally built, and weighs only 1315 grams.

It is totally mint, not a scratch anywhere. Stephen’s guitars are well-known for their value for money, new they go for £4500, which is very well-priced for the exceptional level of quality. The rosette is beautifully crafted, and the French polish finish is of the highest standard. If you examine the “bird’s beak” join between neck and headstock, you will it is something that many luthiers don’t attempt, as it’s such a tricky joint.
Top: Austrian spruce, cut in 2002
Back and sides: flame maple
Neck: Spanish cedar
Scale length 650, nut width 52mm

Only logged in customers who have purchased this product may leave a review.

There are no reviews yet.