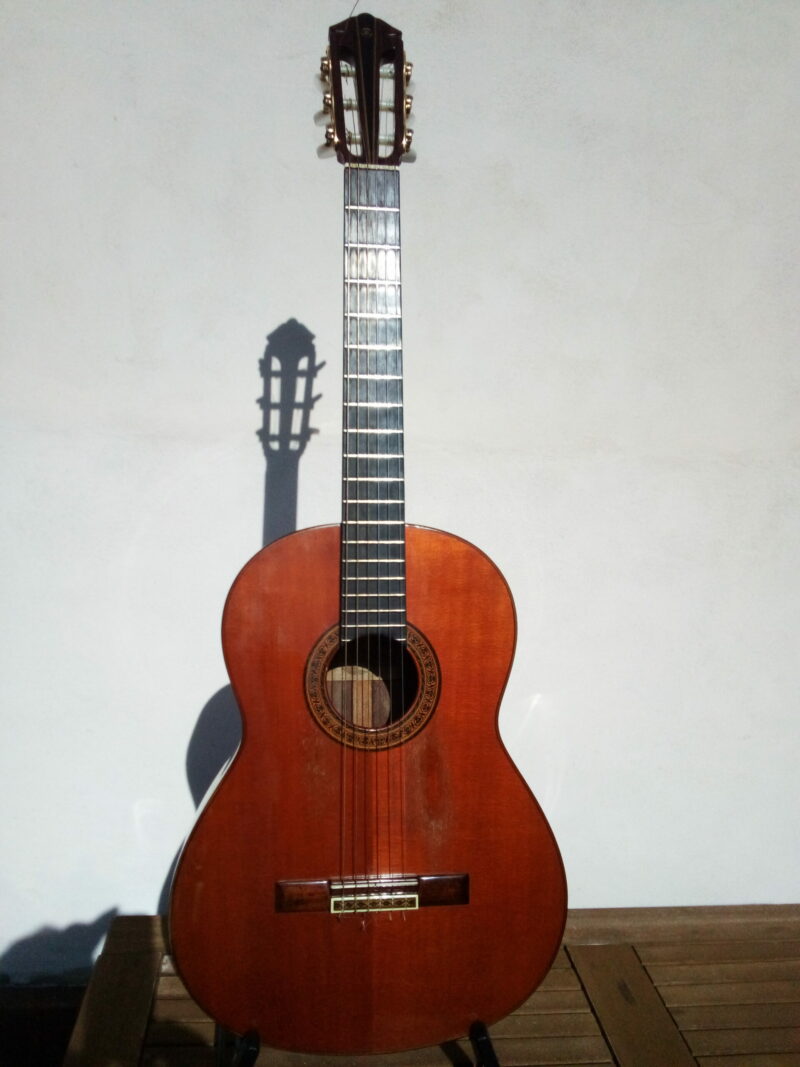 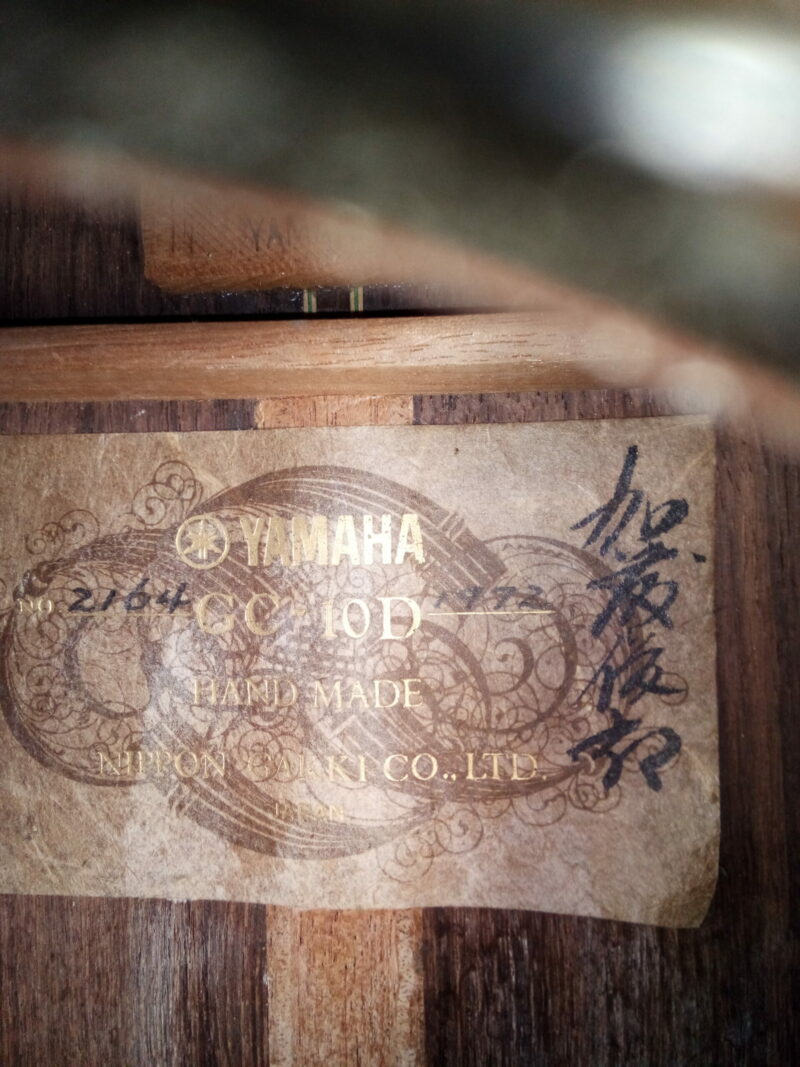 I am second owner and bought it in 1991 from my Professor Štěpán Rak. There are heavy signs of use on the top soundboard in place of pickguard and two repaired cracks. Nevertheless the sound parametres are very good, timbre can be described as most “spanish sounding” guitar from japanese production.

Here is some general info:

During late 1960s/early 1970s Japanese guitar makers were still trying hard to win as many international customers as possible. These were they years of significant international recognition of their, soon very highly regarded products. Yamaha was unquestioned leader among Japanese guitar exporters. Their guitars offered the highest possible level of craftsmanship with great deal of attention to even the tiniest details.

Yamaha started their fight for international clients in 1967 with new lineup of classical Grand Concert guitars made according to Spanish blueprints. The master luthier responsible for production of these guitars was Toshihiro Kato. He was helped by Hiroshi Harada. Both these luthiers were trained by Eduardo Ferrer, a Spanish luthier from Granada, Spain who being invited (and appropriately rewarded) by Yamaha co., travelled to Japan during years 1964-1967.

1960s and 1970s were years of very rapid devaluation of Japanese yen (hence rapid inflation of prices for all products). Because during those years practically all guitar models had some numbers closely related to their prices in yen, these models were quite frequently upgraded (relabeled) to higher numbers reflecting their higher prices.

Only logged in customers who have purchased this product may leave a review.

There are no reviews yet.

No product has been found!